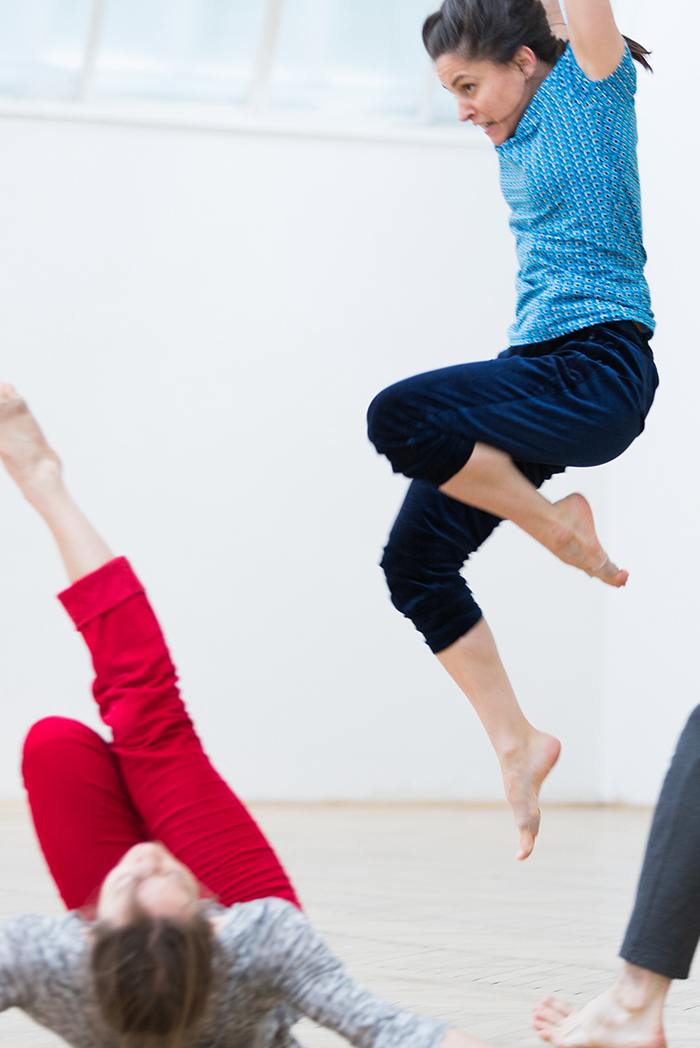 “Consider the cattle, grazing as they pass you by; they do not know what is meant by yesterday or today, they leap about, eat, rest, digest, leap about again, and so from morn till night and from day to day, fettered to the moment and its pleasure or displeasure, and thus neither melancholy nor bored. This is a hard sight for man to see; for, though he thinks himself better than the animals because he is human, he cannot help envying them their happiness – what they have, a life neither bored nor painful, is precisely what he wants, yet he cannot have it because he refuses to be like an animal.” Friedrich Nietzsche, Untimely Meditations

Driven by limitless growth and overproduction, we allow species to become extinct, creating the illusion of superiority. Fettered to the Moment is an organism, an anthropomorphic body. It is a raven, larvae, a machine, or part of one, inspired by the work of musician and soundscape ecologist Bernie Krause, who worked with the sounds of landscapes devoid of human activity and made audio recordings of larvae, flowers and monkeys.

Bodies engaged in active and intuitive listening, Jana Tereková and her team examine animals’ capacity to project themselves in time. Drawing inspiration from organic and geophonic sounds and their vibrations, they create embodied sculptures that honour the circle of life, or a simple moment of existence. 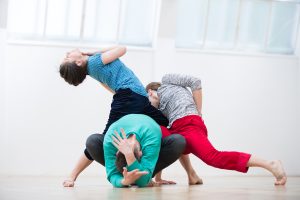 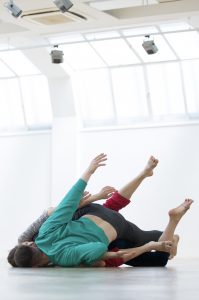 Running time: 50 mins. No language barrier. Discussion with artists after the performance.

Supported with public funds by the Slovak Arts Council.

Jana Tereková is a dancer and choreographer currently based in Paris. In 2011, she won the Audience Award at the Solo Duo Festival in Budapest. Her work is a multi-genre symbiosis of movement, text, music and image. Since its inception, the bees-R collective has forged international connections between emerging artists, primarily from France and Slovakia. Their work creates imaginary worlds, fusing dance, poetry, lighting design and live music.