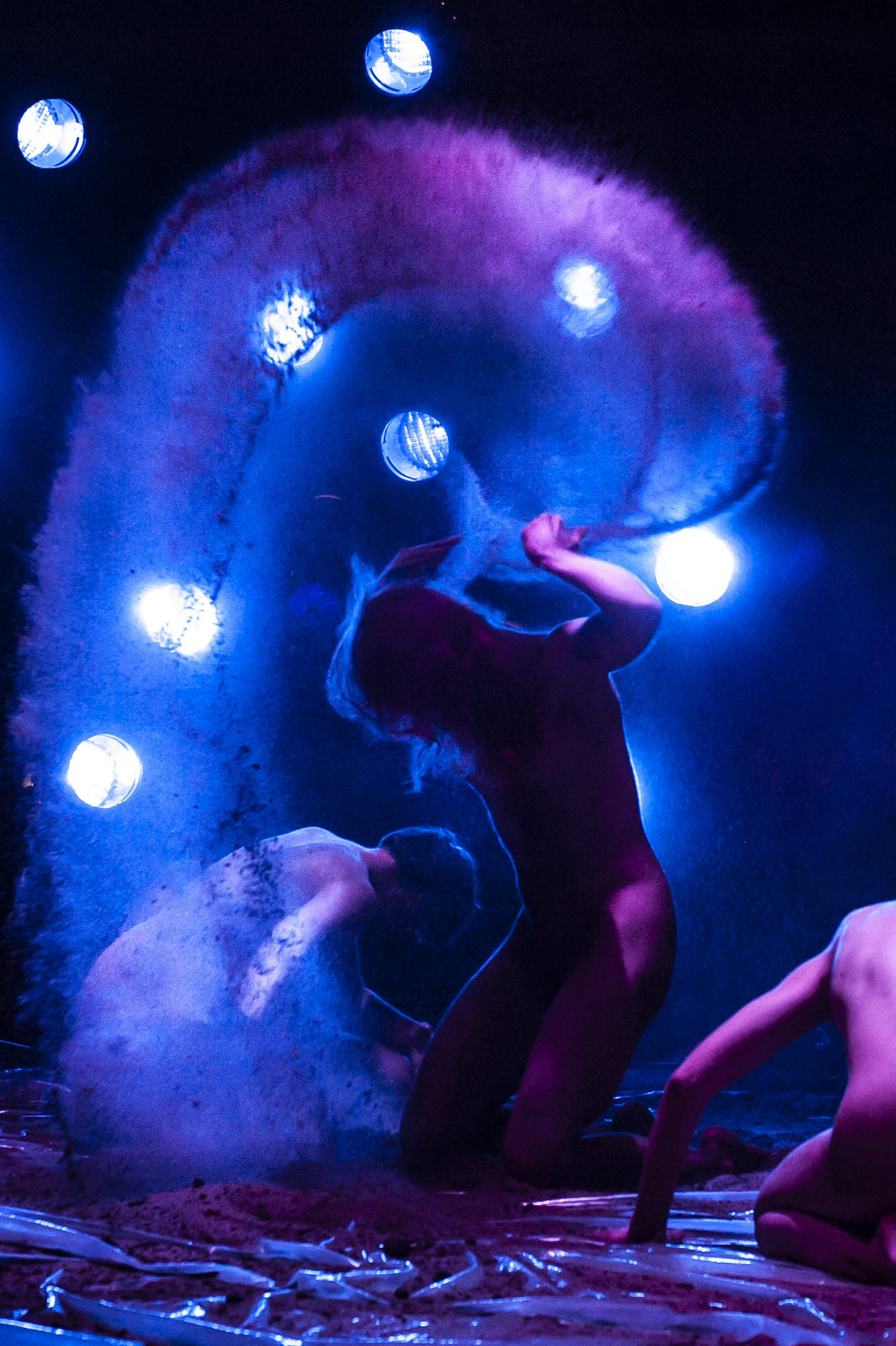 Safe in their own paradise on the last island of calm in an ocean flooded with plastic, live three sirens, beings that  dismantle the stereotypical image of woman-as-creator. The female body is redefined by these three women, who seem to have fallen out of an impressionist painting by Monet, in a sophisticated deconstruction of objectification. Nude bodies and captivating lighting design combine to paint rich landscapes on the border of the animate and inanimate, while subtle movement alludes to the world of flora and fauna. A ritualistic, utopian microcosm on the edge of death and dystopian annihilation plays out on a stage of artificial grass. 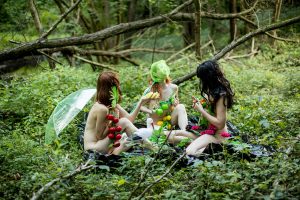 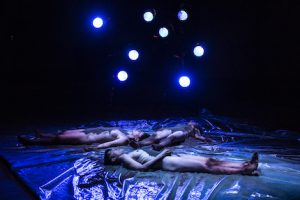 Agata Siniarska concentrates on ecological, eco-feminist and and emancipatory projects. Striking a balance between reality and fiction, she creates modalities of “liquid identity.” Currently working as a choreographer in Berlin, she is part of the feminist collective Female Trouble and the anti-patriarchal VULVA CLUB. She has created a number of solo and collective projects combining elements of performance and lecture. You Are Safe also resulted in the book In the Beginning Was a Copy, where she examines the human body as a dynamic home for bacteria and their superpowers.