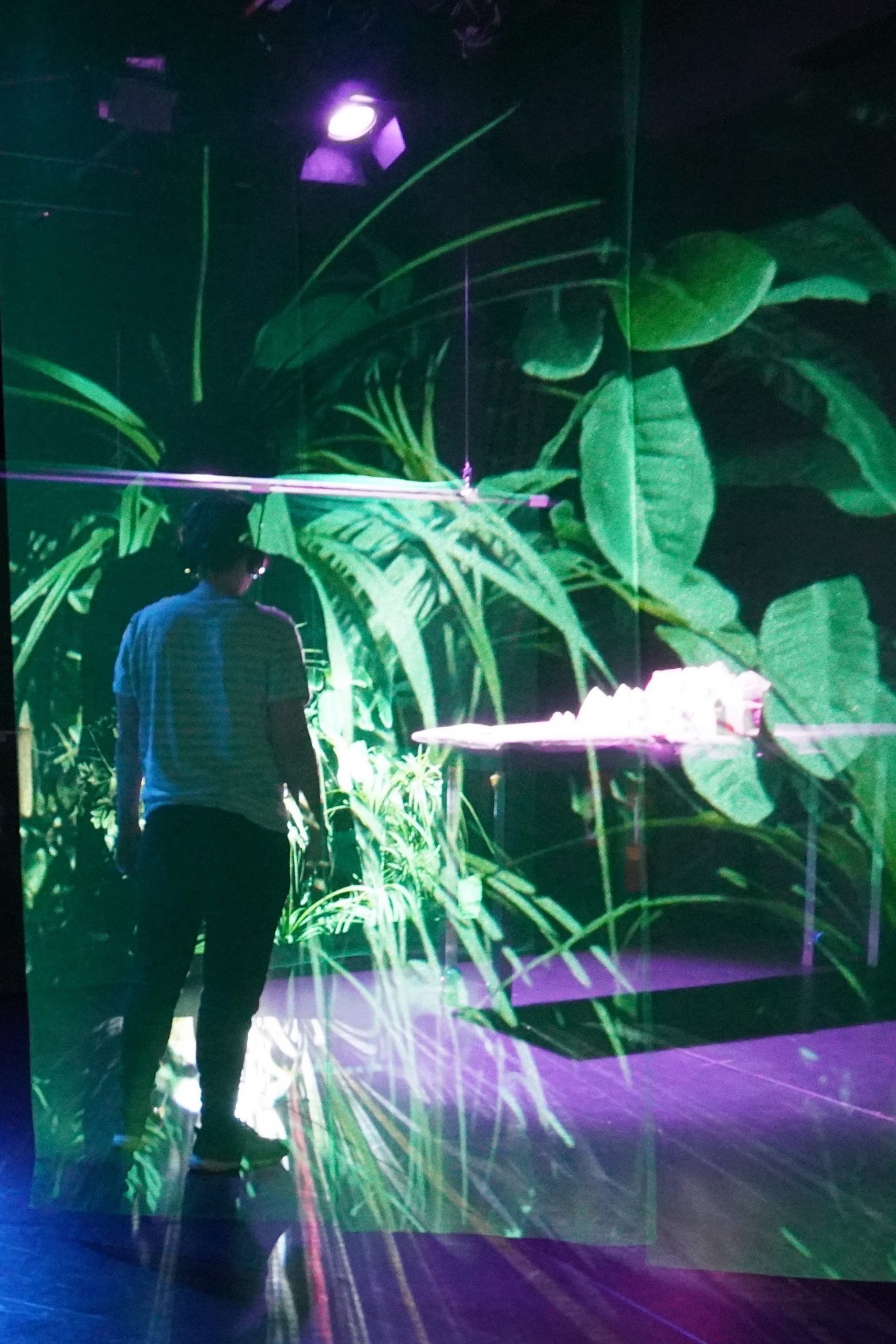 Nature as spectacle, a curiosity, something truly exceptional. Seemingly unspoilt, it can be wild, dangerous and free, but powerful and sacred at the same time. A participatory installation/performance, The Garden examines the aesthetics and structure of television documentaries that depict nature as a fantastical contrast to the world of humans. Scenes from iconic documentaries, objects, sounds and narratives are transformed and remixed into new relationships. Do these two separate worlds truly exist? 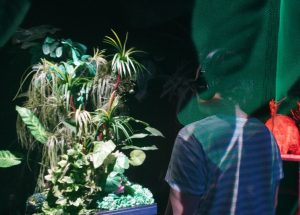 A participatory installation/performance is in English. Max. 3 audiences members every 30 minutes.

Financial support: The Fonds Darstellende Künste with funds from the Federal Government Commissioner for Culture and the Media as part of NEUSTART KULTUR.

Supported by: Ballhaus Ost and Theaterhaus Hildesheim in cooperation with Bazaar Festival Prague.

Eva Hintermaier studied at the University of Hildesheim. Her work focuses on (eco)feminism, the depiction of the body and the relationship between humans and nature, most often in the form of theatrical performances or installations. She works with different interdisciplinary collectives; her work with the Sanierte Altbauten collective has been presented at many European festivals.

Simon Kalus is a writer and lecturer. His work oscillates between interests in non-human life forms and critiques of anthropocentrism. He studied literature, sociology and philosophy in Warsaw, Munich and Leipzig.  His work is published in literary magazines and he collaborates on interdisciplinary multimedia performances, exhibitions and radio projects.