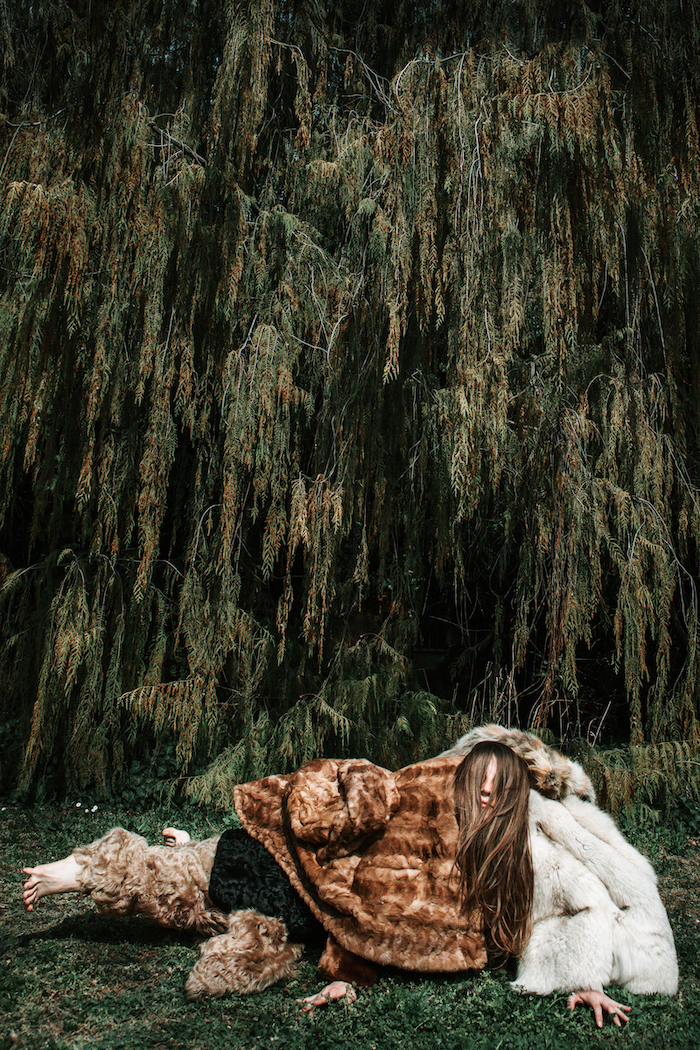 There’s no denying that the Anthropocene is shaped by the human body. Nor can we deny that humans are just one of many species on this planet, or that we have more in common with our co-inhabitants than we are willing to admit. We believe that our bodies are primarily comprised of human DNA, but in reality, they are dominated by bacteria. By accepting that our bodies are colonised by microorganisms, we can understand ourselves in a broader context, as part of an interconnected, terrestrial ecosystem. Zsuzsa Rózsavölgyi presents her work-in-progress research on human and animal anatomy and kinesiology. Fuelled by a desperate desire to understand how our lives are connected to the laws of nature and the world of animals, she explores the limits of human movement and its transformative possibilities.

Partners for the presentation in Prague:  Tanec Praha  / PONEC – the Dance Venue.

Supported by the International Visegrad Fund.

Zsuzsa Rózsavölgyi is a dancer, choreographer and bodyworker. In addition to studying physiology and earning a degree in kinesiology, she studied dance and dance pedagogy at the Contemporary Dance Academy in Budapest. Her work features collaborations with visual artists, musicians and scientists and she has been nominated for the Laban Prize several times for her multimedia work. She performed to critical acclaim at Bazaar Festival 2018 as part of the European tour of her solo project 1.7. She is currently an Associate Professor of contemporary dance at the National Academy of the Arts in Oslo.