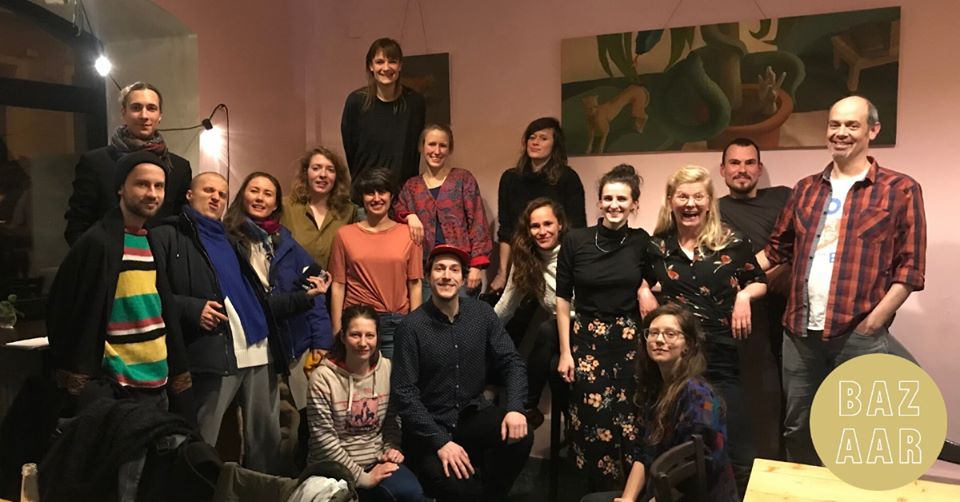 Dear Bazaar Festival Friends, we’ve got some bad news and some good news. Bad news: Due to a State of Emergency being declared in the Czech Republic we’ve decided to postpone most of the festival until autumn. Good news: A core event of our festival, the SATURDAY BAZAAR will be LIVESTREAMED at its originally scheduled time!!!

BE THERE, WITH US, LIVE!

The Saturday Bazaar Lives On! For details on the streaming event please keep an eye on our Facebook.

We are in intense negotiations for this change, more detailed information will be released in the next few days. Watch our Facebook and our webpage bazaarfestival.cz.

All previously purchased tickets will be valid for the autumn dates. We kindly ask audience members who will not be able to attend postponed festival events this autumn to consider not requesting a refund in order to help the Bazaar Festival in these hard times.

Maybe now is not the right time for all our Superwomen to hit the stage, but let’s celebrate the ones that can! And remember: don’t panic, take care and be sure to use this time to rest and soothe your spirits.

Thanks for your support!

Yesterday, the 12th of March 2020 there was a historical meeting Bazaar Festival residency artists and team.  It was supposed to be a coordination meeting a week before the festival and instead, because of health crisis emergency measures being announced by European governments, it became an impromptu goodbye party. Artists who live in Germany and Poland had to leave us this morning. Now we are preparing a livestream of some parts of the Saturday Bazaar next week plus postponing other festival events until the autumn.