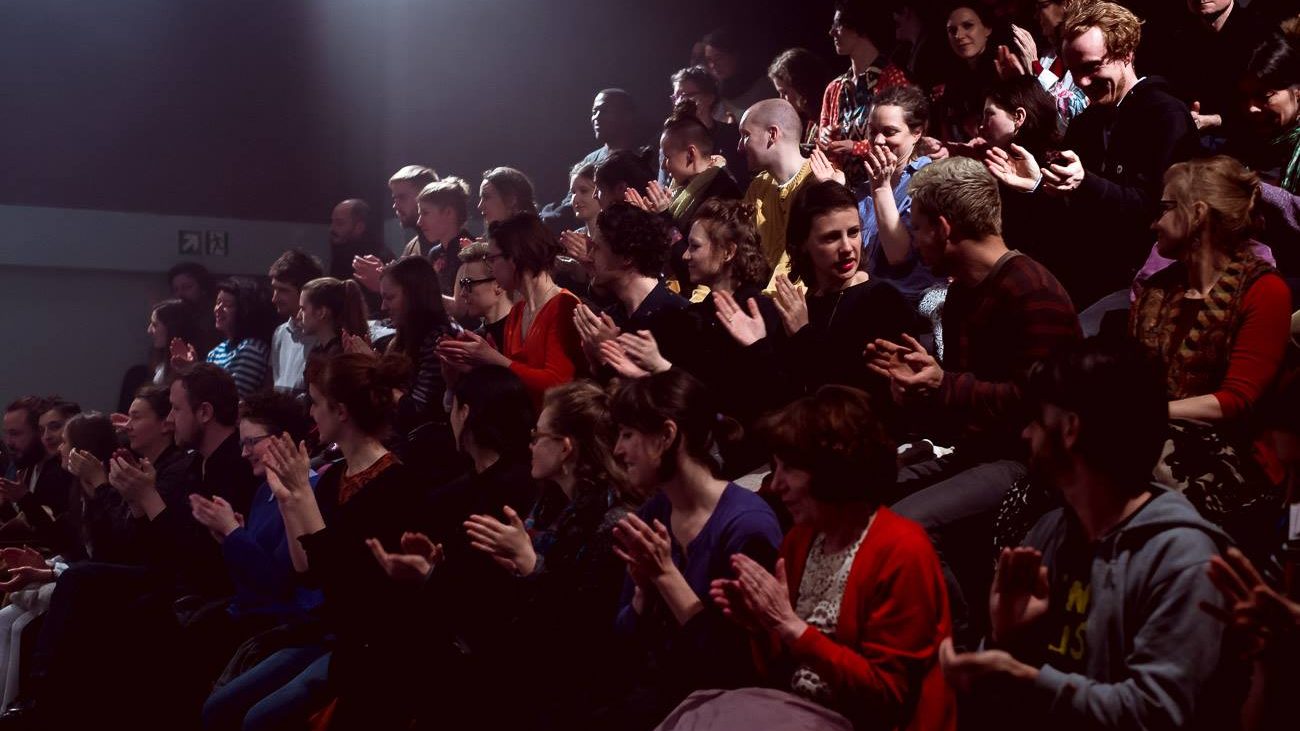 What threatens society today? What long-term problems and issues are we dealing with? Europe, and with it the whole world, is not only stirred by war, but also other socio-political problems. We have discussed the climate crisis and the state of our landscape for many years, always with increasing urgency. These debates do not just play out in political circles; culture also gets significantly involved in the shape of the world and society. How are progressive, unconventional artists from central and eastern Europe responding to these issues? Prague’s Bazaar Festival of Theatre and Dance presents the work of these artists in its 8th edition, which begins now and runs through Sunday, 27 March.

Neither Bazaar Festival nor its artists are looking for clear answers. On the contrary, they address other issues, offer new points of view and encourage discussion. Telling stories, interacting with the audience and asking questions through dance, movement and narration, they offer a call to action, not only to those with whom they share the stage, but to all who watch their performances.

Sergiu Matis, a choreographer and dancer of Romanian origin, ushers us into a world where science clashes with myth. Through the sounds of 21 extinct bird species, he lets each of us experience a sense of sorrow for the losses we have experienced, as well as those yet to come. It is the opportunity to share this feeling, however, that can take us further and unite us. A unique dance project, which connects generations and nations onstage, Extinction Room (Hopeless.) opens this year’s festival on 24 March at PONEC.

Based on storytelling and an atmosphere of intimacy, The Opium Clippers, invites its spectators to a tea ritual. Through storytelling and illustrations on teacups and teapots, Neja Tomšič transforms the spectator experience into an artistically multilayered event. Miniature paintings carry with them the great stories of the 18th and 19th centuries. Just as tea encounters opium, so the spectator encounters history. It’s enough to merely sit, narrow your pupils, listen to the delicate voice of porcelain and let the tea ceremony be your guide.

Fans of dance theatre should not miss Saturday’s Old Pond, by Hungarian choreographer and dancer Zsuzsa Rózsavölgyi, a repeat visitor to the festival. Critic Csaba Králl aptly wrote of the work: “Captain Cousteau in a woman’s body — she discovers and allows us to discover. Her imagination includes everything that can be transferred from lush, living nature to organic, cultural movement. The entire chain of evolution is depicted and elaborated here.”

The Saturday Bazaar continues to be the heart of the entire festival, where spectators can witness emerging works and the subsequent discussions with artists can become part of the creative process. Bazaar Festival was created to be a place of deep debate and dialogue, a place of exchanges and not purchases, an uncontrolled marketplace of thoughts, ideas, colours and smells from the most diverse corners of Europe. Saturday Bazaar is the very essence of this concept.

The festival closes on Sunday, not only with Neja Tomšič’s opium stories, but also with another work-in-progress. The creators of Under the Surface presented the project’s first phase during last year’s Saturday Bazaar. Kateřina Szymanski and Kristýna Svobodová return this year to show where their work has gone and initiate a collective discussion of one of the most pressing issues facing (not only) the Czech Republic: surface coal mines and the related question of whether we are willing to give up the benefits of civilisation for the good of our planet.

Welcome back to the spring Bazaar, where the doors are open for meetings, discussions, exchanges of opinion and an encounter with remarkable works by central European artists.